Browse: Home » A Tribute to Our Earth on This Earth Day

A Tribute to Our Earth on This Earth Day 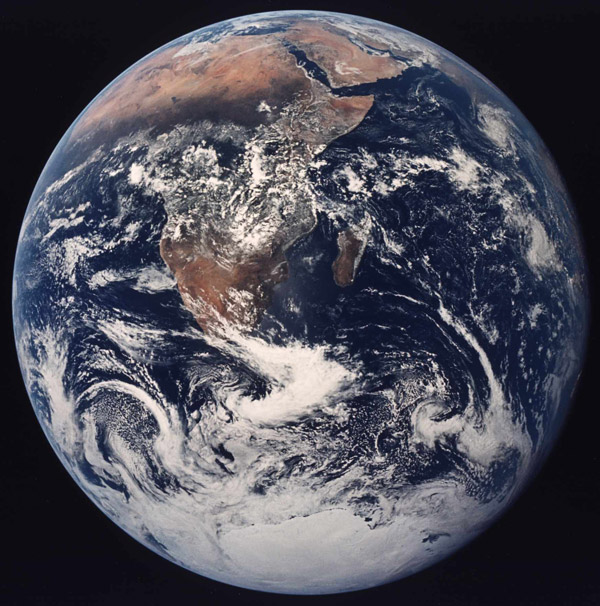 To celebrate this Earth Day, an appropriate quote from the ending of my book. I hope it resonates with you on what this day should mean to us all:

“Possibly for the first time since the Universe began, matter and energy have come together in such a way as to be able to ask the ultimate questions about its existence: ‘What am I? How did I get here? Am I alone?’

Humanity lives in a unique moment in history. No civilization on Earth before us has experienced existence in quite the same way. The Mayans, Norte Chico, and Olmec never had our level of education, medicine, and security, not to mention the endless variety of entertainment options at the push of a button. If we could go back in time and experience what the lives of individuals in those early civilizations were like, we would probably be quite content to continue in the present with our air-conditioned homes and indoor plumbing.

Each one of us is a unique thread of existence woven into a vast tapestry called civilization. This tapestry of humanity tells the story of an entire species’ monumental effort to understand and explore its place in the cosmos. All that we have ever learned is contained on this single planet in computer archives, shelved in vast libraries, painted on ancient cave walls, and shared through stories passed down from one generation to the next. This knowledge is worth preserving for future generations of explorers and great thinkers.

We have a duty to all who came before us to act now to counter the threat of countless events that would guarantee our swift destruction, and erase all of our great history. To ensure that as many of those threats as possible are mitigated, we need to keep developing new technologies, secure the world’s infrastructure, and educate the public in science. The dinosaurs didn’t stand a chance against the asteroid that struck them. Humans also almost went extinct before – some say we got down to just 40 breeding pairs – after the supervolcano Toba erupted 72,000 years ago.

In the past, humanity didn’t have the capabilities to prevent or dodge these calamities. Now we do. A diversified residence in the Universe is the ultimate solution to not only humanity’s quest for survival, but also our ability to expand our experiences. Residing on multiple worlds would significantly reduce the risk of any single event wiping out everything we have created in one catastrophic blow. The greatest realization of the lofty goal of colonizing space is that it is entirely possible to make happen. We only need the will and focus to get it done.

‘Since, in the long run, every planetary society will be endangered by impacts from space, every surviving civilization is obliged to become spacefaring – not because of exploratory or romantic zeal, but for the most practical reason imaginable: staying alive.’ – Carl Sagan

Are there alien civilizations that have transcended the struggles that are a part of being an evolving species, and have successfully expanded beyond their home planet? We could learn from them, and perhaps they could learn a few things from us in return. The seeming emptiness of space would not be so empty if we knew of each other. If there are indeed other civilizations out there, it would be smart to present humanity in the best possible way. The scientists leading our quest into space are generally some of the brightest, most noble humans that can represent our ideals.

Although we may yearn for companions in the cosmos, we would be wise to not trust them too hastily. We could do without a stellar “frenemy” – or as they call it in French, faux ami – false friend. Wolves in sheep’s clothing might catch us by surprise; we don’t want to end up like the fools in The Twilight Zone’s episode “To Serve Man.” Feeling lonely might be an unfortunate consequence of being alone, but we might thank the heavens for the rather peaceful rapport with outer space which we have now. Mieux vaut être seul que mal accompagné, a French proverb, translates “It’s better to be alone than in bad company.”

If humanity one day ventures out to explore other star systems, only to discover worlds in ruin that once hosted thriving civilizations, then we should pay tribute to those civilizations and ensure they are remembered. Whatever evidence we can gather of their existence must be studied. And where an extinct civilization is found, a monument should be created there that preserves their identity and way of life, so that future generations can learn from their achievements, and their mistakes.

If dead worlds are indeed all that exists in our cosmic neighborhood, then perhaps we will have to adjust our hopes that a civilization could last for eons, and that we will ever be able to share our experiences with another intelligent species. We might have to accept that a more realistic goal for all civilizations is merely to live well and discover what they can, alone, in the time available to them.

Fate may yet deal us this most dire of cards as we attempt a journey to the stars. Someday humanity might fall back to a primitive society here on Earth, perhaps forever. If we at least did our best to establish a unified civilization that reached as far as it could into the depths of space, then maybe that is all that counts. Perhaps it will be some alien visitors eons from now that memorialize our once great civilization. They may honor the efforts humanity made to better itself and reach other sentient creatures that were indeed there, but just out of reach.

The ultimate quest then may not be to push forever forward one’s own potential, but to learn about and remember the dignity of others. It is my hope then that we will be remembered well.” – Mathew Anderson